Waiting for your milk to come in – The Story of Colostrum

You may have heard about your milk ‘coming in’ and that it’s something which happens a while after birth, so what’s happening while you’re waiting?

Well actually, it might be more accurate to say that your milk has already ‘arrived’ – it starts at around 16 weeks into pregnancy, yes you did hear that right.

Going back even further, the development of mammary glands (breasts) actually began at around 4 to 5 weeks after you were conceived and continued developing over time, particularly during puberty, then everything paused, awaiting a pregnancy. So at around 16 weeks into pregnancy things start to change again, & milk production begins. This process is controlled by hormones in our bodies along with all the other mind blowing things our bodies are doing during pregnancy.

Following birth, there’s an immediate change in hormones. The placenta actually produces a hormone which keeps the brakes on the process until birth, so as soon as the placenta is no longer doing it’s thing, the brakes are fully off & the milk production process can pick up speed.

So, if milk is beginning to be produced from 16 weeks into a pregnancy, why do we talk about milk ‘coming in’?

This is the amazing thing, the early milk is extra special. It’s made in very small amounts, but it’s supercharged with exactly what a baby needs immediately after birth & in the early days. After 2 to 3 days the milk composition changes and the volume significantly increases, so that’s what’s referred to as milk ‘coming in’, but as you’ll see next, there’s a whole lot going on in the milk before that.

What’s so special about Colostrum ?

There are quite a few differences between colostrum and the breastmilk produced later on.

The main difference is that it’s primary function is a protective one, secondary to providing nutrition. It’s tailored exactly to what a baby needs at this very early stage.

So what are the protective elements?

Colostrum contains around 5 million living cells per ml, that’s 10 times more than in mature breastmilk. These living cells are there to protect the baby by attacking pathogens.

Lactoferrin also protects against pathogens by binding to iron, keeping it away from the pathogens which need iron to thrive.

This gives colostrum it’s more yellow colour and also provides immunity to the baby. Vitamin A levels are higher in colostrum than in mature milk.

There are 5 immunoglobins (antibodies) in human milk and one in particular is a main player. It’s 15 to 40 times higher during the first 24 hours of life that at any other time after that. In the early days the cells lining a babies gut have spaces in between them, making it easier for pathogens to get in. This antibody coats the inner surfaces of the gut like a protective shield to keep pathogens out.

These special growth factors work hard to close the gaps between the cells in the gut, protecting the baby from pathogens.

Breastmilk contains ‘good bacteria’ which are not harmful, but the complete opposite. They are needed to colonise the gut with bifidus bacteria in particular. These good bacteria help stop the bad bacteria from taking hold.

Food for the Good Bacteria (Prebiotic)

For the good bacteria in the babies gut to thrive it needs food, and breastmilk provides very specific food just for them. Long name alert – these are called Human Milk Oligosaccharides. These HMO’s are specific carbohydrates, which are not digested as food for the baby, but just as food for the good bacteria. Believe it or not there are over 200 types of these special carbohydrates.

This is an interesting enzyme, which actually increases in concentration much later on at around 6 months old (when a baby is starting to discover solid foods). It has anti-bacterial and anti-inflammatory functions, so it’s perfect for a boost of immunity when new foods (& potential new pathogens) are being eaten.

For the main meal

Milk protein comes in the form of casein and whey (which we might know better as curds and whey from the nursery rhyme or if we’ve made butter from milk). The casein (curds) make up the solids, while whey is the watery part.
In mature human milk there is about 60% whey, while in colostrum it’s more like 90% whey. Whey is easier to digest and also gives a laxative effect to flush out the black sticky meconium (babies first poo).

Lactose is the main carbohydrate in breastmilk and provides 40% of the calories a baby needs. It’s a very particular carbohydrate which is perfect for babies and their brain growth.

Infact, there’s so much more, but I think this is plenty enough to be going on with, suffice to say, breastmilk has many complicated functions, perfectly tailored to a human baby and ever changing to adapt to their needs by the day and even by the hour.

So how much of this supercharged Colostrum is needed?

Yet another surprising fact – On average in the first 24 hours, each feed of colostrum might only be around 7ml to 14ml. By day 3 each feed might be around 27ml, then day 5 (after the milk has ‘come in’ – not the most useful phrase, but I’ll stick with it) each feed might be more like 57ml.

Of course, these are average figures and if you’re breastfeeding you’re not going to be able to measure it, but it’s just really useful to know what a small amount of colostrum is needed per feed.

How to keep milk production going

Now’s a good opportunity to mention how milk production continues to happen. During pregnancy and immediately after birth, the hormones were in control.

Following birth things change – hormones are still required, but it’s our own actions which now affect these hormones coming into play and producing milk.

Use it or lose it

Hormones are involved in:

The hormones are not in total control, but respond to what we do. It’s time to use it or lose it. For milk production to continue you need to remove milk by breastfeeding, by hand expressing or by expressing with a breast pump.

So when you’re breastfeeding, you’re:

Have you heard of Colostrum Harvesting?

As we now know, our bodies start milk production from 16 weeks of pregnancy, so there’s an opportunity to collect colostrum before your baby is even born. There may be circumstances where a baby might be likely to have low blood sugar after birth. A baby’s blood sugar usually does take a dip shortly after birth, but soon returns, and this is expected. In some cases this low blood sugar level might last longer. Maternal Diabetes or the use of some drugs during pregnancy (such as Labetalol to treat high blood pressure) are a couple of reasons why this might be more likely.

As we know just how tailor made colostrum is, we know it’s the perfect food for a newborn. You can learn to express colostrum prior to the birth of your baby and freeze it, ready to use should you need it. Your midwife would be the best person to speak to about this, and would be able to advice you if it’s something you should consider. Just for information, colostrum harvesting is not usually started until around 36 weeks of pregnancy.

So, rather than waiting for your milk to ‘come in’, and wondering how your newborn will manage until then, you now know that during that time you’re giving your baby so much more than food, calories & a full tummy. It’s mind blowing at every level and the more you know about it, the more incredible you realise it is.

Colostrum is also known as liquid gold, and I think that pretty much sums it up.

If you have any colostrum questions – please let me know. 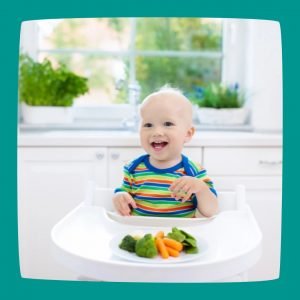 Introducing Solids – Where to find advice you can trust

Introducing little ones to solid foods is a really exciting stage. It’s a very popular topic of conversation with other parents at our favourite baby & toddler groups each week,